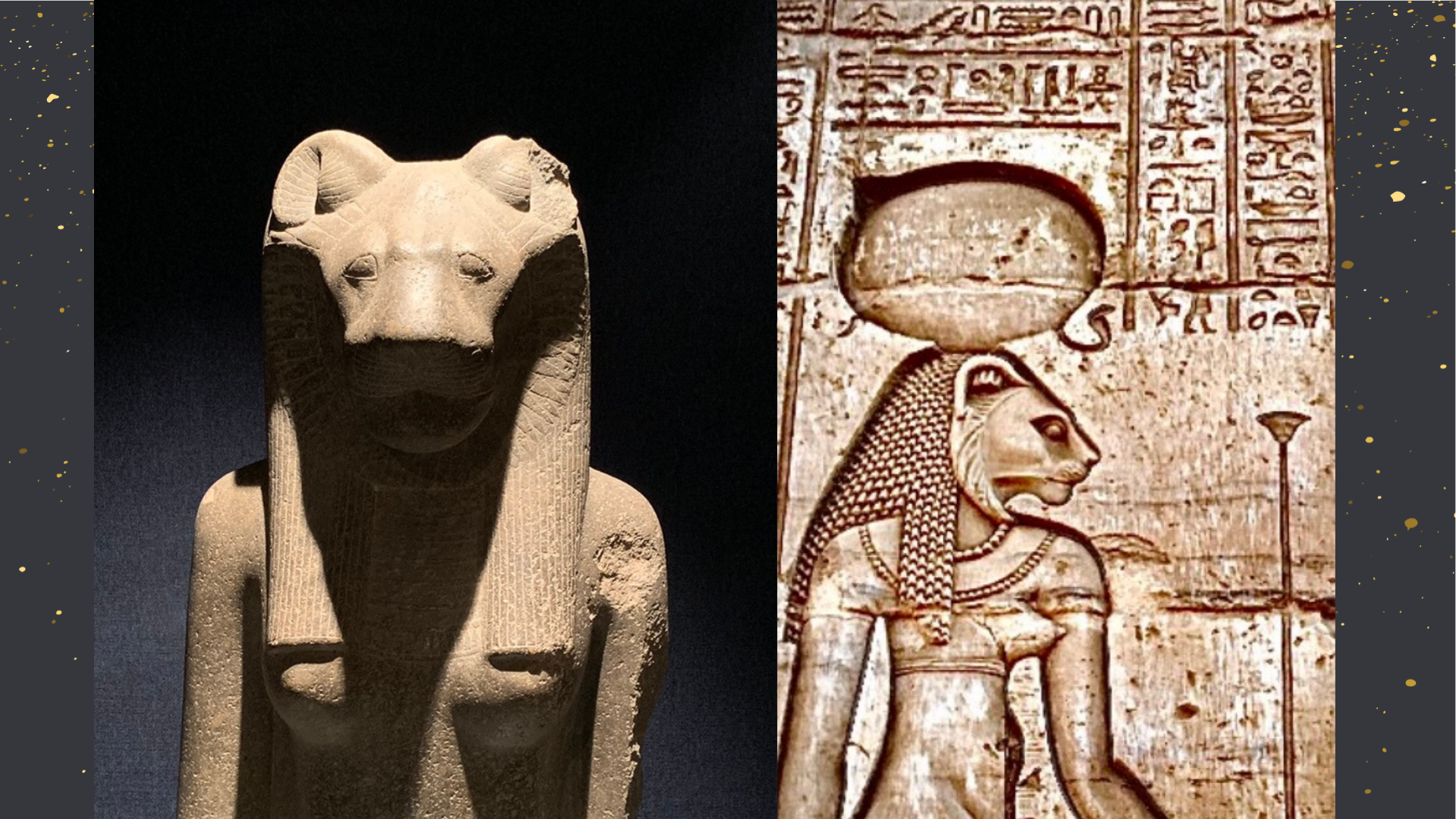 Sekhmet is the ultimate self- empowerment, Goddess. She is fierce, protective, loving and a powerful healer. Sekhmet will help you access your courage, step into your personal power, connect with your self-healing, release fears and transmute what no longer needs to be in your life.

In Egyptian mythology, Sekhmet (also spelled Sachmet, Sakhet, Sekmet, Sakhmet and Sekhet, was originally the warrior goddess of Upper Egypt. She is both, a goddess of healing and of war. She is depicted as a lioness, the fiercest hunter known to the Egyptians. It was said that her breath created the desert. She was seen as the protector of the pharaohs and led them in warfare. Sekhmet continued to protect them, after death into the afterlife.

Sekhmet’s name comes from the Egyptian word, “Sekhem” (which means power or might) and is also known as the “Powerful One” or “She who is powerful’. She was created from the fire of the sun god Ra’s eye when he looked upon Earth.

Sekhmet is a solar goddess, the daughter of the sun god Ra and often associated with the goddesses Hathor and Bastet. Sekhmet is considered the wife of the god Ptah and mother of his son Nefertum. She is also said to be the mother of a lion god, Maahes.

Sekhmet often appears as a beautiful woman, with a lioness’s face and hair like a lion’s mane, with a solar disk with the Uraeus (Cobra) upon her head symbolizing her connection with Ra and showing that she is royalty. In certain Egyptian hieroglyphs and carvings, she is seen having the full body of a lioness with pure lion features.

As the original Eye of Ra, Sekhmet is incredibly powerful. Her alternate form and sister is Goddess Hathor, the goddess of love, joy, beauty, dancing and music.

Questions to reflect upon, while connecting with Goddess Sekhmet: